P3/4 and Mrs McConachie have been working very hard to improve Outdoor Learning. They were delighted to receive their Silver Award and are now Working towards GOLD. 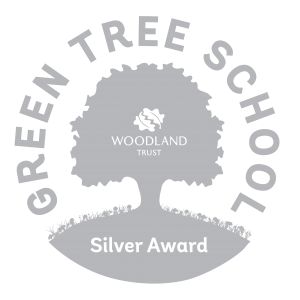 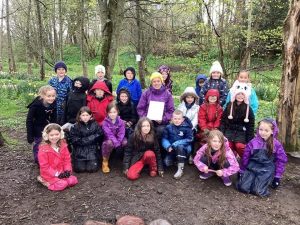 Pupils and staff at Glenbervie were delighted to receive their Green Flag for the Fifth time. The Eco group and school were congratulated on ensuring the whole school were involved in joining in the actions and activities. The community Harvey Garden was also complimented, as the pupils  work hard alongside the community to promote biodiversity. The bug hotel, hedgehog home and development of natural pond being just a few ways they have done this. The group are passionate at becoming sustainable and environmentally aware as they carry on with the next part of their journey using the United Nation’s Sustainable Development Goals. 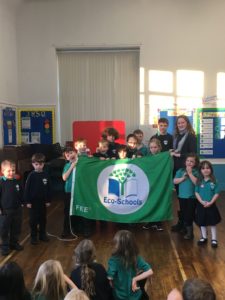 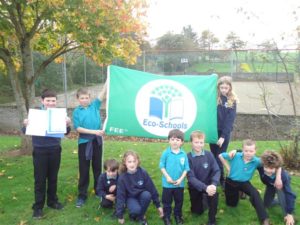 The staff, pupils and parents were delighted to receive the news that they had successfully retained their Green Flag status for the fourth time. It was made particularly special because the pupils and community had pulled together to rebuild the School garden after it was severely damaged by Storm Frank. The children were also complimented on their Pupil Action Plans where the pupils led the agenda, meetings and ensured all classes had a role in contributing to our Eco Schools Agenda.  It was a huge achievement that has been recognised and supported by the local community. The pupils are now continuing to look at the UN sustainability goals and work alongside our Rights Respecting group to enhance the learning already taking place. 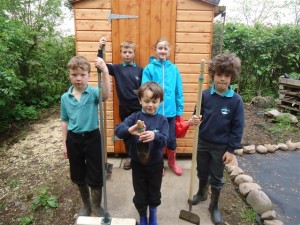 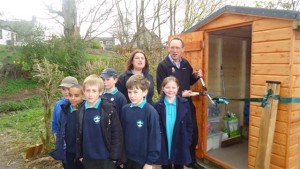 Support from East Coast Viners resulted in our new shed and Grand opening of garden. Restored after flood 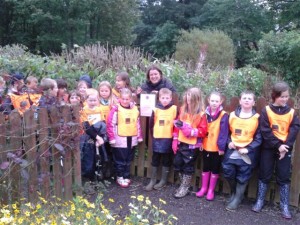